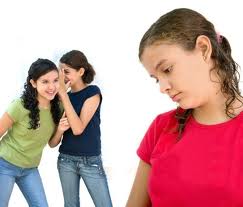 PARENT QUESTION: Hi Alison....I have a question....so, some girls
and boys went to the movies...three girls and three boys...the girls are supposedly my daughters closest friends...and the
one that organized it...
didn’t include my daughter.....needless to say she came home very upset...and I of course tried to explain to her that her friend didn’t make a good choice...how do I get my daughter to understand that maybe her "best" friend isn’t really a good friend????? (They are 9)

This isn’t the first time this girl left her out...
I think on purpose!!!  I need to know the correct way to explain this to my daughter!!!! Thanks so much!!!!!

ANSWER: Since this has happened more than
once, I’d sit down with your daughter and ask
her how she feels (she’s already told you, but
ask again).  Ask her if she would do that to a
friend and then ask her what she thinks of a
girl who does that? Does she think that’s what
a good friend would do? Explain to her that sometimes people change as they’re growing
up and they can be mean and make choices
that hurt other people.  Ask her if she told the
girl how she felt about what happened and if
didn’t then she needs to talk to her about it.
Tell her that she should talk when they can privately, not with other kids around (an
“audience” only adds fuel to the fire!) (You
may have to invite the other child over if
there is no opportunity to talk alone at
school).

Explain to her that it’s always important to
talk thinks out. Let her know that she’s not
going to talk to her to start a fight because
if she wants to resolve things, that isn’t the
way to do it! It’s important that your daughter
speak up and not brush this aside and let other people hurt her. She can’t change the behavior
of the other kids but she can let her know that
she was hurt.  She may need some dialog
because it can be uncomfortable to talk about
and 9 year olds often can’t think of what to say.  “Can we talk?  Remember the other day about
the movies?  Well, it’s been bothering me.  I
was really hurt by…..”  “Our friendship means
a lot to me and I want to work this out.” Role
play a little with her so she’s more comfortable.

If she’s met with snotty answers and
defensiveness or possibly lies, let her know
that she shouldn’t fall apart or even try to get revenge by being mean back to her. Tell her to
say, “I don’t like what you’re doing and things
will have to change for us to say friends.”

Explain to your daughter that things like this
happen to everybody and yes, it is hard when
people you trust change and are mean.  Tell her
that if the girl doesn’t want to talk about it then
she may consider thinking about another kid in
her class that’s nice that she’d like to be friends
with and arrange for them to spend time together.

At her age, this is just the beginning of the social problems that kids face.  It’s important that she
feels empowered (which will happen by speaking up) and not stepped on as she was.  If she feels in control of herself and knows that no one deserves
to be treated badly she can see it has nothing to
do with her.