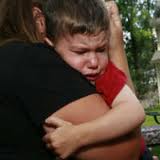 PARENT QUESTION:
My daughter is 5 and going into Kindergarten. She’s clingy and
whiny about things she doesn’t
want to do.  Problem times are
when things aren’t going the way that she
wants them to.  I know that all kids have their moments but my daughter has more than most.
She makes a huge fuss about everything from
food to bedtime! When I look at her compared
to other children her age she just seems that
she can’t cope well.  My husband says that I’m “nuts” and am making something big out of
this but I’m really concerned about
Kindergarten which she starts this August.
She knows all of the academics for school
which I used to think was the most important
thing.  Now I understand that her social skills
are what really matter for her success. I want
her to feel stronger and more confident and
able to go with the flow of life without all of the drama! I know that she’s not going to be coddled the way that she was in Pre School.  Can I fix this problem if I start now?

ANSWER: I totally understand what you’re
saying.  Many parents focus on the academics
in Pre School and of course are proud with all
their child knows.  It’s often not until the child is leaving the security of their previous school and going into a new school, that they realize what
their child really needs may not be the skills that they have!

According to research, social skill development
is a major factor in determining Kindergarten readiness. Whether or not they can get along
well in a group situation will be more telling
in the long run to their overall success in school.

Learning to use language to solve problems, negotiate and communicate with others is a
crucial social skill (with their teachers and
peers). Taking turns, waiting for turns and
learning to be both patient and assertive (not aggressive!) are skills learned in early
childhood. Your child doesn’t have to be the
most popular child in her class, to do well in kindergarten. But she should be interested
in playing with children her own age,
demonstrate positive peer group entry
behaviors, be able to communicate effectively
and control her impulses enough to cooperate
and compromise with her peers and to follow
her teacher’s instructions. Kindergarten is a
time when more independence and adaptability
is needed.

Kindergarten is more structured than preschool.
A child can’t just go off to play with the blocks if
he has a writing or math assignment to complete. She has to be able to follow directions, move
from one activity to another when the teacher
says to (not when she feels like it); and work at
least part of the time on her own. A child who’s
not ready to be independent may have trouble adjusting to the kindergarten routine.

If your daughter has been showing the problems that you mentioned above for more than a couple
of months, this can be more of her behavioral pattern which is often learned.  Since her
behavior possibly took a while to develop to
this problem point, it’s not going to just change
the minute that she walks into kindergarten.

“Behavioral issues” are not just aggression!
There are also behaviors such as being shy,
cautions, temper-tantrums, talking back and not cooperating that parents may see at home too.
Yes, some is typical but when the behavior is affecting your child’s interaction with others,
or is affecting “home life” it’s time to get some
help. When everyone works together, not only
are things consistent for your child but positive behavioral changes occur more frequently.
When behaviors aren’t corrected, children
develop “reputations” among peers and their parents!

DON’T WAIT! I’m a strong believer in early intervention.  I have seen amazing changes in children when they are helped with what they
need. A child’s behavior affects her relationships with others.  When children are able to communicate with their peers and teachers
their confidence grows.  When a child’s behavior
is appropriate even more confidence grows!
They feel better about themselves because they
are making the “right choices”.  The more they
do that, the more that they will see themselves
as someone who does make the right choice.
This builds self-esteem and confidence!

If you or your child’s teachers have a concern
about your child, don’t hesitate to get the help
that your child needs.  Parents often allow
certain behaviors to occur to “avoid” the tantrums/screaming that can occur. Learning
new skills can help your home run smoothly
and also help your child be more successful and confident. Don’t be embarrassed about getting
what your child needs.  The help isn’t “forever”;
it’s just to get them over the current difficulty.
So, the sooner the better!  Doing all you can
now for your child will make both of your lives smoother….and definitely more peaceful!